We the Igbo Ekunie Initiative, IEI, comprising individuals in Nigeria and the Diaspora; wish to bring to the attention of the international community, the shameful spectre of mounting human rights violations in Nigeria particularly in the last one year of the Buhari administration. Hitherto; there was much hope that the election of a president from the opposition party would bring needed reforms that would end the impunity and wanton human rights violations that the Nigerian army has been notorious for. This indiscriminate and criminal destruction of property, the extra-judicial massacre of civilians, widespread torture and rape of women had until recently occasioned a ban of weapons sales to Nigeria by OECD countries.
Unfortunately, rather than abate, the Buhari administration has pursued an increased policy of human rights violations and disregard for the rule of law at an unprecedented scale. Extra-judicial executions and other such massacres of civilians who are then buried in mass graves by the Nigerian army have become ever so common, while extrajudicial detentions and outright disregard of court orders have correspondingly been on the rise. In just one year of Buhari’s administration, it is estimated that more than 1000 civilians have been killed by the Nigerian army in extra-judicial circumstances while more than 1000 have likewise sustained grievous injuries with some incapacitated for life.
We note that a great majority of the victims of such massacres are buried in mass graves, some of which are not in contention as the Kaduna state government admitted the killing and secret burial in mass graves of 346 unarmed Shiite civilians including women and children in the Zaria pogroms [https://www.hrw.org/news/2015/12/22/nigeria-army-attack-shia-unjustified]. Accordingly, a rudimentary timeline of pogroms and other monumental human rights violations and or crimes against humanity carried out by the present administration establishes that on the 12th of December close to a thousand unarmed Shiite civilians were massacred in their camp as the Nigerian army invaded the premises. It should though be noted that while in the case of Zaria the government has admitted the killing of 346 innocent civilians, the actual number of victims are realistically much higher as corroborated by victims and independent witnesses. 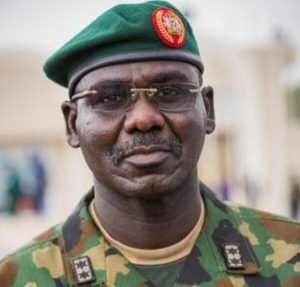 On the 9th of February 2016, more than 50 unarmed IPOB pro-Biafran protesters were shot to death by members of the Nigerian army as they held prayers in school premises in Aba Southeast Nigeria. See video [https://www.youtube.com/watch?v=y5qKznaDyCA]. Many others sustained grievous injuries. Again on the 30th of May 2016 another estimated 100 IPOB/MASSOB unarmed pro-Biafra activists who were holding rallies to commemorate the Biafran anniversary were extra-judicially murdered by the Nigerian army. As reported by witnesses, the army further invaded hospitals where some of the injured victims were receiving treatment and forcefully dragged them away from their sickbeds never to be seen again. [https://www.amnesty.org/en/latest/news/2016/06/nigeria-killing-of-unarmed-pro-biafra-supporters-by-military-must-be-urgently-investigated/]
These highlights amongst other incidents of premeditated mass killings and other such human rights violations indicate beyond all doubt, the level of brazen impunity exhibited by the Buhari administration and the chain of command of the Nigerian army and security services. We hereby request that pursuant to the “Leahy law” and other extant human rights treaties, that all weapons sales to Nigeria be suspended forthwith. It is important to note that far from using such weapons to defend and protect the citizens, the Nigerian army and security services as has been demonstrated most often use those weapons to terrorise, rape and kill innocent civilians at will with utmost impunity.
More than 1000 civilians have been victims of such pogroms in just one year of the present administration, while thousands more have sustained grievous injuries and hundreds more missing without a trace (possibly also murdered).

It is, therefore, our considered submission that any further sale of weapons to such a murderous administration and army would amount to aiding and abetting the ongoing criminal human rights violations being perpetrated by it, which for all intents and purposes would amount to a violation of extant human rights treaties.

In closing, we hereby again urge all relevant authorities and interested parties to activate the human rights treaties and correspondingly cease all weapons sales to the Nigerian army and security services, so as to save the lives of would-be innocent victims of the sadistic and criminally murderous Nigerian army.