We the Igbo Ekunie Initiative, IEI, comprised of individuals in Nigeria and the Diaspora; unequivocally condemn the grievous crimes against humanity committed by the notorious Nigerian army once again in Onitsha on the 30th of May, 2016, where peaceful IPOB and MASSOB protesters celebrating the 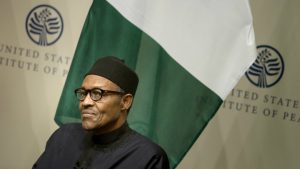 49th anniversary of the declaration of Biafra in the exercise of their rights to free expression and peaceful dissent were massacred in cold blood by members of the Nigerian army. This is coming on the heels of several such extra-judicial killings in Zaria, Aba, Abia state and elsewhere around the country by the Nigerian army. The most recent tallies indicate that more than 50 people were brutally killed; some of them inside a church, while several others received life-threatening injuries. The claim by the Nigerian army that they acted in self-defence is the usual bandying of falsehood by a murderous, cowardly and rogue army desirous of covering its crimes and guilt. It’s common knowledge that neither IPOB nor MASSOB is armed nor engaged in armed conflict.  Armed insurgents anywhere in the world don’t carry out public protests; they mount guerrilla attacks against their foes.

It is thus patently ludicrous to allege that peaceful protesters would mount attacks against the military. The fact remains that in just one year of Buhari’s administration; more than 1000 innocent civilians have been brutally murdered by the Nigerian army in extra-judicial circumstances. And in none of these atrocious killings did the federal government act to investigate or punish the culprits of these dastardly crimes. Indeed, it is notable that the federal government have severally confirmed its complicity not only by its inaction but also by interviews granted where president Buhari defended such criminal killings. We note that the Nigerian army has a well documented and globally acknowledged record of human rights violations. And it was on the basis of those proven violations that acting on the Leahy act, the United States and other OECD countries banned the sale of weapons to the Nigerian army in the recent past.

We, however, submit that the ban of weapons sales alone is not enough to deter or end the criminal circle of impunity in the Nigerian army as recent events and continuing massacres have proven. We believe that only the issuance of the long-overdue indictment, arrest warrant, prosecution and punishment of the criminal culprits who so wantonly abuse the fundamental rights of others will suffice to end Nigeria’s obnoxious culture of impunity. For a brief background, it is pertinent to note that the Nigerian army is a sadistic, murderous and primitive organisation with a history of human rights violations spanning more than 50 years. The Nigeria-Biafra war was occasioned primarily by the monumental violation of human rights (Africa’s first genocide) perpetrated by members of the Nigerian army who engaged in the massacre of tens of thousands of civilians and military personnel of Eastern origin. This massacre unpunished then as now has remained a defining attribute and culture of the Nigerian army that is exhibited ever so often.

We note that for post-election violence and for generally lesser casualties, the former president of Ivory Coast; Laurent Gbagbo, his wife and principal officers of his regime are facing trial under the auspices of the ICC in the Hague.  Similarly for election violence in 2007, the current president of Kenya Uhuru Kenyatta and several associates were until recently indicted and being prosecuted in the ICC. The president of Sudan, Omar Al’ Bashir remains indicted with an ICC arrest warrant for his role in aiding and abetting the Sudanese janjaweed, while Hissene Habre the former Chadian dictator has just been convicted of crimes against humanity and sentenced to life in jail in a landmark trial in Senegal.  We, therefore, see no reason why Nigeria should be different and or why Nigerian violators of human rights and other such crimes against humanity should remain free when they have by far committed more evidenced and verifiable crimes against humanity than those presently indicted and being prosecuted by the ICC.

We hereby call on the ICC; pursuant to our already existing petition (ref: OTP-CR-61/16) to as a matter of urgency issue an arrest warrant for President Muhammadu Buhari, the chief of army staff Lt General Tukur Buratai and the GOC 82 Div Enugu, Brigadier General Ibrahim Attahiru for direct responsibility and complicity in extrajudicial massacres of innocent civilians in Aba, Onitsha, Zaria and most recently again in Onitsha. We shall accordingly furnish updates and complementary evidence for these egregious crimes against humanity. We hold that the time has come for the ICC to finally break the unrelenting circle of human rights violations in Nigeria by taking a bold step to issue an arrest warrant

Finally, we make bold to state that peace in Africa and around the globe; fundamentally premised on uninhibited democracy, respect for human rights and essential freedoms can never be enhanced until the unabating crimes against humanity being openly committed in Nigeria with impunity before a global audience is finally acted upon and punished within the provisions of international law.