We the Igbo Ekunie Initiative, IEI, comprised of individuals in Nigeria and the Diaspora; condemn the unjust, discriminatory and outrageous conditions attached to Nnamdi Kanu’s bail by Justice Binta Murtala Nyako. For all intents and purposes, Nigeria is supposed to be a constitutional democracy. Amongst fundamental and inalienable rights enshrined in the constitution are freedoms of expression and association; yet these fundamental rights have been violated in the first instance in the detention of Nnamdi Kanu and co-accused Messrs Chidiebere Onwudiwe, Benjamin Madubugwu, David Nwawuisi and in Kanu’s outrageous bail conditions which effectively granted him bail while indirectly keeping him in prison through the abridgement of his fundamental rights.

We again submit that in the struggle for self-determination; Nnamdi Kanu, co-accused and other IPOB adherents have committed no crime. It’s within the fundamental rights of every citizen or group to advocate self-determination. International conventions such as the United Nations Charter and the African Charter on Human and People’s right to which Nigeria is signatory recognize the inalienable right of citizens and or indigenous groups to self-determination.

The recent United Kingdom Brexit vote leading to its ongoing withdrawal from the European Union and the Scottish independence referendum are practical expressions of the ultimate democratic rights of citizens to self-determination. We note that it was in recognition of these fundamental and constitutional rights that previous courts granted Nnamdi Kanu unconditional bail which the federal government refused to abide by.

The supreme purpose of the rule of law is to do justice and uphold the rights of citizens against the tyranny of the few. Justice Binta Murtala Nyako being a learned judge would be well aware of international conventions to which Nigeria is a signatory or of freedoms afforded by the Nigerian constitution for which Kanu was previously granted unconditional bail. She would also be well aware that in a nation where Boko Haram terrorists/mass murderers are either not facing trial or are being released and where Fulani herdsmen are free to kill without any consequence, that IPOB has remained non-violent. Yet she chose to abdicate the dictates of the law/good conscience and tow the political line of a tyrannical government.

When a Judge that should by any means uphold the constitution and the rule of law chose to corruptly toe the line of a despotic government that has no respect for the institution she represents nor for the fundamental rights of citizens, then we can understand why Nigeria is a failed state. No nation that thrives on injustice, disregards its own constitution and abridges the rule of law can succeed. Nigeria, therefore, has no greater enemies than Judges like Binta Murtala Nyako who have reduced the judiciary; the only succour for the common man to a corrupt political institution where the interests of despotic tyrants and not that of the common man is served. 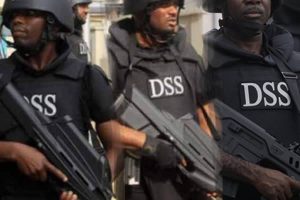 We note that while Buhari’s administration had promised change from all the evils of the past, it’s by all indicators the greatest facilitator and culprit of the same ills they promised to eradicate. This is evident not only from Buhari’s unprecedented sectional appointments but also in the recent monumentally sectional and disproportionate recruitments in DSS where Katsina State alone had more recruits than the whole of the Southeast. This is an assault and egregious breach of section 14, subsection 3 of the Nigerian Constitution which states that: “The composition of the Government of the Federation or any of its agencies and the conduct of its affairs shall be carried out in such a manner as to reflect the federal character of Nigeria and the need to promote national unity, and also to command national loyalty thereby ensuring that there shall be no predominance of persons from a few states or from a few ethnic or other sectional groups in that government or any of its agencies”.

The evident aims and objectives of the federal character provision are to prevent dominance of any group in government agencies and by consequence to promote national unity/loyalty, yet a government that campaigned on change has been notorious in flouting even those things that border on Nigeria’s increasingly troubled and fragile unity.

We at the Igbo Ekunie Initiative, therefore call on the Acting President Prof. Yemi Osibanjo to without further delay withdraw the crazy charges against the Biafran agitators, and for the immediate and unconditional release of Messrs Chidiebere Onwudiwe, Benjamin Madubugwu, David Nwawuisi and all other detained IPOB or pro-Biafra activists as a  minimum to begin a process of constitutional rule.

We also enjoin the Acting President to immediately annul the sadistic DSS recruitments done to the detriment of the people of Southeast and the Southsouth.