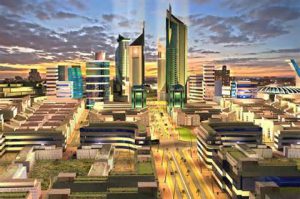 We the Igbo Ekunie Initiative, IEI, comprising individuals in Nigeria and the Diaspora; wish to state, that considering Nigeria’s chequered history and the long betrayed ideal for development;  driven primarily by the nation’s contradictions, the consequent suspicion/infighting and the destructive policies of marginalisation in place of policies of national development pursued by successive leaders, it has become evident, beyond all doubt that aspirations for regional development can only be actualised through a self-driven effort under the auspices of an integrated regional development platform. For 56 years Nigeria has continued to fail. As a distinct people, we have the choice to take the bull by the horn and create a separate, ingenious and audacious part for development or fail along with Nigeria. The later is not an option.

We note that the world over, provinces, states, regions and nations are coming together to create economic blocs and integrated development agencies that benefitting from the economies of scale can better aggregate resources for capital intensive infrastructure and projects across their geographical spheres. In the same vein, it’s notable that the last time quantum development was heralded in the East was during the 1st republic when the defunct Eastern Nigeria Development Corporation (ENDC) built many landmark development projects across the then Eastern region. Indeed had the 1st republic not been truncated, the model of integrated development pursued by the ENDC and facilitated by the economies of scale would have delivered an industrialised region with 1st world infrastructure by the turn of the century.

We submit that what presently constitutes the Southeast region has more population than Singapore, United Arab Emirates, Qatar, Taiwan, Belgium, Sweden, Netherlands, Portugal, Denmark, Ireland, Switzerland, Greece amongst others as well as most African countries. It is thus a nation in its own right and accordingly has the capacity to function in like manner and mobilize its population; human and material both at home and in the Diaspora for unprecedented regional development through a public/private/Diaspora partnership under the auspices of a regional investment/development corporation. We hereby call on the governors of the Southeast region to float a regional investment corporation to be capitalised through contributions from each state in the first instance, a consortium of banks and from selling shares, bonds, donations (crowdfunding) and Diaspora development funds.

The regional investment corporation like the defunct ENDC will then invest in major capacity-building generative infrastructure across the region such as super-highways with tollgates, real estate with particular emphasis on high-density buildings/skyscrapers (for population management) in commercial ultra-modern housing estates that will be built to sell, the establishment of strategic industries such as steel plants, refineries, cement plants and the creation of special industrial parks/free trade zones across states in the region so as to lead in innovative start-ups and industrialisation. In the area of tourism, the corporation will seek partnership with international consortiums in view of establishing major game parks such as Disneyland Park and complementary 5-star hotels across the region.

All projects will be “generative” infrastructure that would bring returns as soon as possible so that dividends from revenue earned at the end of every year either from toll gates, sale of houses, operation or sale of steel plants, refineries, hotels and other such infrastructure can be paid to all share and bond owners at the end of every fiscal year. In order to encourage maximum participation by a broad spectrum of South-easterners and other interested parties at home and in the Diaspora, a public enlightenment program should precede the floating of the regional investment corporation possibly to be known as “Oriental Investment Corporation” or “East Niger Investment Corporation” (ENIC). With a 5-10 year development plan, under a framework of accelerated development with the active participation of the public and private sectors, the Southeast region can become an “Oases” of development and industrialisation potentially becoming the most industrialised and developed region on the African continent within a 10-20 year period.

The 21st century has not only brought mind-boggling technologies with many possibilities, but theatres of development are also spreading and shifting across the globe. With development increasingly moving East from West and China taking the centre stage in development, we have a rare opportunity to take advantage of this new dynamics and place our region within the frontlines of the emerging economic order, so as to build a civilisation: economic, industrial, political and social that will stand the test of time. We hereby urge governors of the Southeast to think outside the box and take ownership of our collective destiny by creating a regional development corporation that will usher in a renascent East. Because dreams are staircases to reality, if we dream it we can do it!