The attention of Igbo Ekunie Initiative (IEI) comprising individuals in Nigeria and the Diaspora has been drawn to attempts by the Buhari administration to carry out recruitment exercise in the police force using local governments instead of states as provided for in the constitution under the federal character clause. Having used successive Northern military regimes to disproportionately create more local governments in the North; this can only be interpreted as a further scheme to marginalise the south and consolidate Northern domination.  Whereas imbalance in the number of states between the zones has remained contentious, using local governments for the purposes of police recruitment will only further increase the growing sense of exclusion, resentment, injustice and anger that currently pervades the nation particularly in light of Buhari’s manifest double standards and sectional administration. Using the local government is not only illegal it is also unconstitutional. 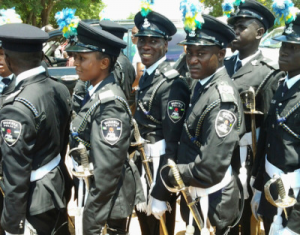 Section 14 (3) of the 1999 Constitution of the Federal Republic of Nigeria (as amended) provides that: “The composition of the Government of the Federation or any of its agencies and the conduct of its affairs shall be carried out in such a manner as to reflect the federal character of Nigeria and the need to promote national unity, and also to command national loyalty, thereby ensuring that there shall be no predominance of persons from a few states or from a few ethnic or other sectional groups in that Government or in any of its agencies.”

Against a backdrop of the proposed $30 billion loans by the federal government which also totally excludes the Southeast in listed projects; we warn that the monumental policies of marginalisation, double standards, sectionalism and criminal breach of the constitution that has since become a hallmark of the Buhari administration is now on a scale that threatens the very survival of the nation. Being the first president to win an incumbent in Nigeria’s history on the mantra of change, it’s a disappointment of historical proportions that this current administration is turning out to be the greatest facilitator of marginalisation, tribalism, sectionalism, hate, the abdication of the rule of law, mass killings, constitutional breaches, injustice and historic double standards. We submit that no nation afflicted by such divisions/injustice can prosper or survive in the long term.  In opting for a change in 2015, Nigerians wanted a new deal away from the injustices, marginalisation, human rights violations, bigotry and disharmony that has long haunted, hobbled and arrested the nation’s development.

The need for unity, harmony and nation-building is even more necessary in the face of realignments and changing order in the global scene. Intolerance, isolationist and separatist sentiments are notably growing across the world. This we believe has led to the Brexit vote in the United Kingdom, and now to the emergence of Trump as the president-elect of the United States. The world is becoming increasingly unpredictable. In this regards the best way to cushion ourselves from the winds of disaffection blowing across the world is for the president to engage in proper nation building so as to build a nation that can stand against the destabilising interests of emerging global actors. Except this is done, the same disconnect, resentment, intolerance and anger that led to Brexit will one day lead to the balkanization of Nigeria and other such nations that through the omissions of failed leadership allowed such conditions to fester.

The overriding desire for a united Nigeria as often declared by Buhari must at all times be paramount in making decisions of national significance. We hereby call on Buhari to adhere to the fundamental need for national unity by making sure that projects for the proposed loan cover all geopolitical zones and that recruitment into the police force is done only on the basis of equality of states/federal character in line with section (14)3 and (4) of the Nigerian constitution.