As the Nigerian President Muhammadu Buhari prepares to address the United Nations General Assembly on the 21st of September, 2016; we at the Igbo Ekunie Initiative, IEI, comprised of individuals in Nigeria and the Diaspora; wish to again bring to the attention of the United Nations Human Rights Council, the growing spate of human rights violations since the inception of Muhammadu Buhari’s administration. The scale and scope of such crimes against humanity have risen astronomically in the last year alone.

For the period under review;  it’s on record that the Nigerian army, security services and Fulani herdsmen aided and abetted by the federal government have killed more than 4000 unarmed civilians most of whom were either engaged in peaceful protests or were massacred in their communities by Fulani herdsmen. Thousands more have been grievously wounded while some others abducted by the Nigerian army have been missing without a trace.

Of these, close to a thousand Shiite civilians including women and children were massacred by the Nigerian Army on the 12th of December 2015 In Zaria, Kaduna state and buried in mass graves. As confirmation, the Kaduna state government has since admitted the burial of 346 Shiite civilians who were victims of the December pogrom in mass graves. Witness testimony and corroborated evidence suggest the numbers of victims are 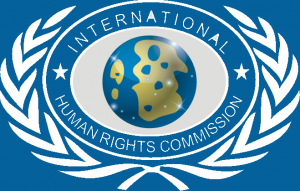 much higher than the government figures.  In February and May 2016 more than 300 IPOB/MASSOB, unarmed civilians engaged in peaceful protests as guaranteed by the constitution were massacred in cold blood by the Nigerian army and security services in Aba and Onitsha. Hundreds more were grievously wounded while those abducted by the Nigerian army, some from their hospital beds have never been seen again.

In addition, Fulani herdsmen/terrorists have with utmost impunity repeatedly invaded communities across the Northcentral and Southern parts of the country. These attacks have resulted in the deaths of more than 2500 persons, thousands more maimed and the communities totally destroyed. Yet the federal government has remained silent and refused to act in the face of these pogroms. Not a single Fulani herdsman has been arrested or prosecuted for such crimes against humanity to date. The criminal silence and inaction of the federal government in the face of mass murders by Fulani herdsmen who are of the same ethnoreligious group with president Buhari underscores the government’s complicity in aiding and abetting pogroms by terrorist Fulani herdsmen.

Often accompanied with these killings, attacks and general human rights violations have been wanton destruction of property, widespread torture, rape of women, disregard of court orders and detention without trial. Alongside thousands arrested and languishing in prison without trial in violation of their fundamental rights, the leader of the Shiite movement El Zakzaky has remained in detention without trial under the orders of President Buhari since December 2015, likewise, the leader of the indigenous people of Biafra (IPOB) Nnamdi Kanu has been in prison since October 2015 in spite of several courts ordering his unconditional release.

The intensification of Nigeria as a police state where suppression of fundamental rights and freedoms is now the order of the day was again made evident with the recent arrest and detention in August 2016 of one Mr Joachim Chinakwe just because he named his dog Buhari. Across the country, such unprecedented violations are increasingly commonplace.

These highlights amongst others indicate Buhari administration’s pursuit of barbarous human rights violations and disregard for the rule of law at an unprecedented scale.  We hereby request pursuant; to the Universal Declaration of Human Rights (UDHR) and other extant human rights treaties, the establishment of a special commission of enquiry by the United Nations Human Rights Council and to accordingly take all necessary st

eps to sanction President Muhammadu Buhari, the Security chiefs and others implicated in the ongoing monumental violation of human rights in Nigeria.

We call on the United Nations General Assembly, whom President Muhamadu Buhari is billed to address next week Wednesday the 21st of September, 2016, to use the occasion to call him to order, and also to take credible steps towards ensuring that Nigeria is stopped from acquiring arms and ammunition with which to unleash mayhem on the helpless and hapless citizenry. A case in mind is the current onslaught codenamed operation crocodile Smile by the Nigerian Armed forces on the oil-rich Niger Delta communities where the Nigeria military is being accused of rape and abuse of the right of the weak, the poor and the elderly.

Finally, we use this opportunity to call for an UN-supervised referendum in the South-East and South-South regions of the country with a view to resolving and finding a lasting solution once and for all the persistent self-determination agitations which the Nigerian government has proved incapable of addressing.  Our sincere hope is that the UN will accord utmost importance and urgency to the cogent and salient issues enumerated in this release, failing which an inevitable implosion and balkanization of Nigeria would not only destabilize the whole of Africa but also pose disastrous consequences for all nooks and corners of the world. The world has enough calamities on its table to contend with, no need to create more.