We the Igbo Ekunie Initiative, IEI, comprising individuals in Nigeria and the Diaspora; condemn in unequivocal terms the dangerous sectionalism/tribalism and consequent double standards being employed by the DSS, the Nigerian army and other security outfits in its handling of Fulani herdsmen and their terrorist attacks across the country. Of particular note is the arrest and hounding into jail of 76 persons in Agwu local government area of Enugu state by military personnel just for trying to protect themselves where the security agencies have failed from attacks, destruction of their farmlands and abduction of women in the community by Fulani Herdsmen. Indeed, it’s even more appalling that the Nigerian army resorted to denying their implication in aiding and abetting terrorist herdsmen on tribal grounds by falsely claiming the arrest of the Agwu 76 was done by fake soldiers. 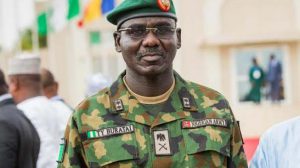 We submit that the brazen parochialism of the Nigerian army which refuses to protect all citizens as constitutionally mandated but rather protects, aids and abets terrorist herdsmen is not only a fundamental breach of their constitutional responsibility but also capable of igniting an existential  crisis of unfathomable consequences in an already fragile nation with ever diminishing cohesion. The army is of course not alone in this unprofessional,  insensitive  and combustible journey of infamy as both the DSS and the Nigerian police have by their actions and inactions proven to be part of the “axis of tribalism” that favours, aids and abets  Fulani herdsmen over and above other Nigerian citizens. It is notable that whereas the DSS hurriedly issued a press release within two days of the purported abduction of 5 Fulani herdsmen in Abia state falsely alleging that IPOB was responsible for the murder of the herdsmen whom they claimed to have discovered in a shallow grave that they never  presented to anyone, the same DSS has  never bothered to issue a press release, nor investigate the serial mass killings, rape, maiming and burning down of whole communities across Nigeria by Fulani herdsmen. We are convinced that DSS is accusing IPOB and MASSOB of killing Fulani herdsmen to change the narrative because of Igbo Ekunie’s upcoming case against the Nigeria security services at the ICC, which ICC is currently conducting its preliminary investigations on.

We note that on the 5th of March in Agatu Benue state more than 300 people were gruesomely massacred by Fulani herdsmen who went on to burn down the whole community and render the survivors refugees, yet the DSS has to date neither investigated, issued any press release nor arrested anyone for the heinous crimes. In Agwu Enugu state, Ondo state, Abraka in Delta state, Dori and Mesuma villages in Taraba state and several other communities across Nigeria, Fulani herdsmen have continued to terrorise, rape, kidnap, massacre and burn down communities, yet again the DSS has never bothered to investigate nor issue any press releases while the police have yet to arrest any culprit to date. We thus find it strange that an organisation that goes to sleep when hundreds and even thousands are massacred across Nigeria by Fulani herdsmen can hurriedly find its voice and issue a false, irresponsible and ethnically inciting press release when 5 Fulani herdsmen are allegedly abducted. We are persuaded to believe that this is the case because the DSS, the army and other security services have become sectarian organisations that serve the Hausa Fulani alone in Buhari’s historically sectional administration. 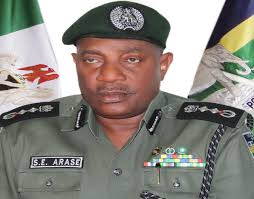 Whereas security agencies are constitutionally required to  serve all citizens and residents equally in their onerous duty to protect life and property, the incipient bastardisation of government institutions  has led to the unprecedented situation where the army, DSS and police now serve only the narrow tribal interests of Buhari and Fulani herdsmen  whom international organisations such as the United Nations and the Global terrorism index (GTI) have since classified as the 4th deadliest terrorist group in the world; possibly aligned with Al Qaeda and ISIS. The audacity, organisation, coordination and public wielding of AK47 sub-machine guns and other sophisticated assault weapons by Fulani herdsmen indicates  the  herdsmen are getting support and aid not only from the Nigerian government and security services but possibly also from Al Qaeda and ISIS,  which portends  grave danger for Nigeria, the  African continent and beyond. The implication of such dangerous collusion with terrorists on ethno-religious grounds is that the federal government is working against international conventions and laws as it concerns the prevention of terrorism and the violation of human rights.

While it is regrettable that no lessons were learnt from the Nigeria-Biafra war that was occasioned principally by tribal divisions within the army, we warn that the relapse to sectionalism/tribalism by Nigerian security services is a dangerous and sure recipe for doom. Accordingly we request the creation of state police to enable each state better protect their citizens and the resignation or sack of the chief of army staff and the director general of DSS to permit a total overhaul of these critical institutions before its too late. Finally, we advice all frontline states and communities to be vigilant and to take all necessary measures to protect themselves from further attacks.