We the Igbo Ekunie Initiative, IEI, comprised of Ndi-Igbo in Nigeria and the Diaspora have observed with great disappointment the lopsided appointments undertaken by President Muhammadu Buhari with over 80 percent of such strategic appointments going to the North while the Southeast geo-political zone has been totally excluded. This represents a flagrant violation of the constitution the president swore to protect vis-a-vis the federal character principle which clearly underlines the need for ethno-regional balancing in all agencies of government.

We note that the scale and scope of the lopsidedness of the appointments and the total exclusion of the Southeast now borders on the same patterns of Apartheid that was employed by the erstwhile South African Apartheid regime. In the same vein, we have also noted the routine mass murder and hounding of unarmed peaceful demonstrators in the South East exercising their fundamental right to peaceful protests, the continued presence of Boko Haram prisoners in the Ekwuluobia minimum security prison in Ezinifite, Aguata, Anambra state, and the rumoured stoppage of work on the 2nd Niger Bridge.

Whereas there are specific constitutional requirements for ethno-regional balancing in the Nigerian constitution, we submit that even without a constitutional requirement to do so, inclusion is a moral, natural and political necessity even for homogenous nations that leaders must of necessity undertake in the interest of unity, justice, equality, fairness and for purposes of nation building, and internal harmony. Indeed, the most fundamental benchmark for good governance is anchored on social, political and economic inclusion. President Buhari’s administration can thus ideally not aspire to any milestones in good governance as it frequently advertises when the critical requirement for inclusion remains in breach.

Given Nigeria’s chequered past and present of ethno-religious conflicts and widening cleavages, all forms of exclusion gravely endangers Nigeria’s corporate existence as it can only lead to increased, justifiable and legitimate agitations for self-rule and or independence by sections of the country. We therefore call on President Muhammadu Buhari to reverse all such lopsided appointments and to make such appointments in future having in mind not only the constitutional requirement for inclusion, but also the moral, natural and political need to do so for the important purpose of nation building. In the same vein, we require that the rumoured suspension of work on construction of the 2nd Niger Bridge should not see the light of day, so that the bridge can be completed on schedule as part of a national development strategy. 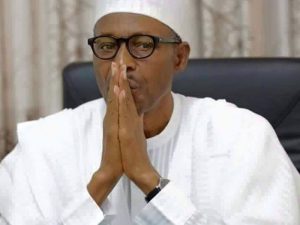 On a final note, we submit that whereas human rights organisations, the U.S. state department and the international community at large have indicted the Nigerian army and security services for gross human rights violations, such violations continue to occur with impunity as the killings by the Nigerian army in Onitsha, Aba and arbitrary arrests of peaceful protesters across several states in the South demonstrates. Not only does the extra-judicial killings and arrests of peaceful protesters run the risk of radicalising the members of such non-violent groups thereby opening another front of conflict, it remains a wanton violation of fundamental rights to murder and or arrest those exercising their civic rights to peaceful protests.

Finally, we call on the federal government to investigate and punish all those involved in the killings as a demonstration of the government’s commitment to the protection of human rights as declared, and to release forthwith all those arrested for engaging in peaceful protests. We also demand the correction of the lopsidedness of the appointments that up till now has excluded the people of southeast, and also to ensure that work is not stopped at 2nd Niger Bridge.